On August 15th, the Musicfest NW 2007 Cd compilation was released. The Upsidedown’s new track “Light” (on the soon to be released CD) will be on this compilation. The CD features Adrian Orange, The Bronx, Aesop Rock, Dirty Projectors, Spoon, Eugene Mirman and many more great bands. MFNW Cd’s will be sold at various local stores in the Portland metro area and for the first two weeks they’re free with a purchase of a MFNW wristband at Jackpot Records, and/or Music Millennium locations. If one wants to buy a MFNW Cd they go for $5 and all proceeds go to The Rock and Roll Camp for Girls, and Oregon Music Hall of Fame.
Musicfest NW Vol. 2
So Post All  Em – YACHT
None Shall Pass – Aesop Rock
Shitty Future – The Bronx
Returning To The Fold – The Thermals
The Underdog – Spoon
1,000,000 Feet Below – Herman Jolly
Westward Ho – Richmond Fontaine
Dear Sara – Anders Parker
Our Life is not a Movie or Maybe – Okkervil River
When Planets Collide – Viva Voce
The Light – The Upsidedown
Living a Lie – Aqueduct
Summer’s Life – The Shaky Hands
Two Sheep Asleep – The Dirty Projectors
While You Live – Adrian Orange
On This Side – Tiny Vipers
Spring Break – Deerhunter * exclusive track
Knife – Grizzly Bear
Joe Metro – The Blue Scholars
Revolve – Eugene Mirman 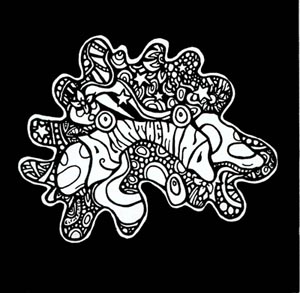 Psyilocybin Sounds is an independent label from the UK set up to promote some of the new Psychedelic Sounds from around the world.

Label head DJ Stodmeister is on a mission as he says; “to bring these sounds to the un-educated masses.”

1. Rocking Horse People – Lost In The Haze
2. The December Sound – Reminder
3. The Pink Snowflakes – It’s Snowing On TV
4. The Vera Violets – Lighthead Crash
5. Andersens – Prepared Landscapes
6. We Yes You No – Hello Square One
7. First Communion After Party – The Mini Apple
8. The Real Burnouts – Witch Switch
9. The Upside Down – Drag Race
10. The Sparkling Fountains of Magic Reality – I Want You
11. Sunsplit – The Need
12. Silvertone – Something Fierce
13. The Astral Kaleidoscope – Song For The Dandylion
14. The Fassbinders – Ballad Of Beatnik Billy
15. Rollercoaster – Can You Feel it
16. The Laurels – Bring On The Sun 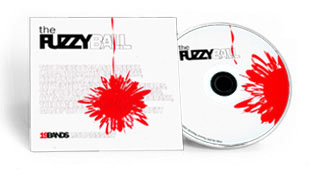 the FUZZY BALL
This recording features songs from The Upsidedown, Hypatia Lake, Voyager One, The High Violets, Telephone, Joy Wants Eternity, Minmae, The Jeunes and Asobe Seksu, to name a few. It’s just another sign of the amazing music coming out of the NW at the moment and it is now available for *FREE (*shipping charges only) from the Reverb Records Web Store.

IN A DIFFERENT PLACE
This recording contains unreleased songs from Hypatia Lake, Voyager One, The High Violets, Telephone, James Angell, The Upsidedown, Charmparticles and Silver Surfer among others.

NWSHOEGAZER’S BLISS
The Upsidedown was featured on the NWSHOEGAZER’S BLISS CD compilation and will be included once again in 2004. The band loves doing the shoegazer shows and is thrilled to be part of event which includes some of the best bands the NW has to offer.